Join us at The Vault for Michael Schenker’s 50th Anniversary Tour on October 19th at 8 PM.

Join us at The Vault Music Hall for Michael Schenker’s 50th Anniversary Tour on October 19th at 8 PM. This show is presented by JKB Management & Booking

MSG is a legendary name. After two phenomenal records under the guise of Michael Schenker Fest, a true guitar hero is returning to his roots. By forming Michael Schenker Group (MSG) back in 1979, Michael Schenker laid the foundations for one of hard rock’s most glorious solo careers. And while nobody expected anything less from a former guitarist for Scorpions and UFO, it’s close to impossible mentioning everything Michael has built over the past 50 years, or the countless people he influenced or played with. This, truly, is the stuff that hard rocking myths are made of.

Very few guitarists can be cited as a primary influence for the likes of James Hetfield, Kirk Hammett, Dave Mustaine, Dimebag Darrell, Slash or Kerry King. However, to understand Michael Schenker means to understand one primary thing: he’s not here to be worshipped or adored, he’s not here to get rich, he’s here to play. And he’s doing it with the same swagger, verve and dizzying artistry as always.

MUST BE 21 or OLDER with Valid ID for Entry.

There is NO SMOKING OR VAPING allowed inside the Music Hall or in the Bathrooms. If you are caught doing either, you will be escorted off premises and forfeit your tickets.

No refunds or exchanges unless show is postponed or cancelled. 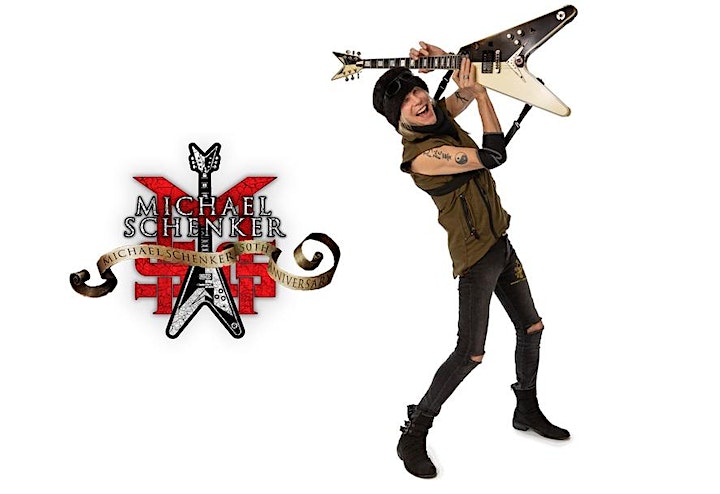